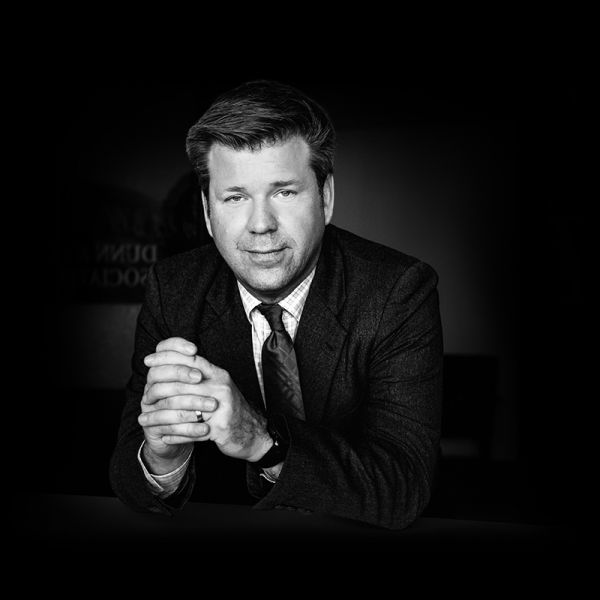 While in Ottawa, Mr. Dahlem worked for two years as a Page in the Senate of Canada. He was also heavily involved with intercollegiate debate, serving in various executive positions with the English Debating Society at the University of Ottawa, as well as serving as the chairman of organizing committee of the Canadian University Society for Intercollegiate Debate National Championships in 1996. He also worked for the United Nations Associations on the 50th anniversary celebrations of the United Nations.

Born and raised in Saskatchewan, he returned to Saskatoon to attend law school. Mr. Dahlem was a member of the College of Law team from the University of Saskatchewan that won the Western Canadian Trial Moot Competition in 1999, and placed second at the national Sopinka Moot Competition that same year. In 2000, Mr. Dahlem competed in the Laskin Moot, where he and his partner were undefeated in their competition rounds. The Laskin Moot is an appellate moot on an administrative law question. It is a bilingual competition and Mr. Dahlem competed in French.

Mr. Dahlem also received a scholarship from the Center for Studies in Agriculture, Law and Economics from the University of Saskatchewan and studied at the Internationella Handelshögskolan in Jönköping, Sweden (Jönköping International Business School). There he studied law and economics.

Mr. Dahlem articled with the firm of MacPherson Leslie & Tyerman in Saskatoon and also worked there as an associate, practicing mainly in the area of civil litigation. In 2003 he joined a small firm in Canmore, Alberta. He started his own firm in 2006, and has been practicing almost exclusively criminal defence since that time.

A fluent French speaker, Mr. Dahlem is one of the few criminal lawyers in Alberta who have conducted a lengthy trial in French. He has defended clients charged with a broad variety of offences ranging from simple thefts and assaults, to impaired driving causing bodily harm and arson. He has defended clients charged with sexual assault, break and enter, and many other serious charges. As a result of practicing in Banff and Canmore for 7 years, he has extensive experience in defending trafficking, possession for the purpose of trafficking, and proceeds of crime charges, along with the related search and seizure issues. He also has a successful track record in defending charges of impaired driving and other alcohol related offences.

Mr. Dahlem lives in Canmore, and has joined Dunn & Associates to better serve his clients who are not located in the Bow Valley.

For a consultation regarding your criminal matters, Mr. Dahlem can be reached at 403.233.0443, tdahlem@dunnandassociates.ca. Alternatively, You can view his website at tysondahlem.com.