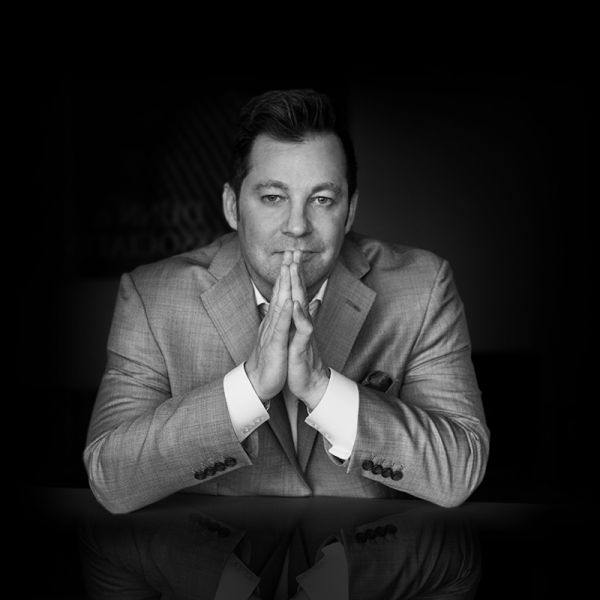 For over 20 years Mr. Dunn has defended individuals against false allegations and the “fist of the state” at every level of Court in the Province of Alberta

Mr. Dunn a graduate of the University of Alberta started his legal career practicing insolvency litigation with Fraser Milner Casgrain (now Dentons), a national law firm, headquartered in Calgary, Alberta. However, Mr. Dunn’s true passion resided in criminal law and in 2001 he joined one of Calgary’s oldest and most prestigious criminal defence law firms known at that time as Bascom & Fagan. After a number of years of hard work building a strong reputation as sublime trial counsel Mr. Dunn earned the title of Partner in 2005. 5 years later in 2010 Mr. Dunn assumed the reigns of the long established criminal defence firm and today remains the firm’s senior and managing partner.

Mr. Dunn brings a vast array of criminal law experience to the counsel table. For over 20 years Mr. Dunn has defended individuals against false allegations and the “fist of the state” at every level of Court in the Province of Alberta as well as the Provincial Court of British Columbia, the Provincial Court of Saskatchewan, the Yukon Territorial Court and the Supreme Court of Canada. In 2009, Mr. Dunn was named to Avenue Magazine’s inaugural “Top 40 Under 40”, dedicated to “... honour the brightest and most talented individuals under the age of 40 who are excelling in their careers, giving back to the community, and raising the city’s profile”.

Mr. Dunn has acted as lead counsel on numerous high profile matters including:

Mr. Dunn is regularly consulted as an authority on Criminal Justice matters in Alberta, including instructing at the RCMP Search Warrant Course in “K” Division in Edmonton, Alberta, an annual lecturer at the Calgary Police Service Major Crimes Investigations Course, a guest lecturer within the Faculty of Law at the University of Calgary and a regular contributor to CTV’s Prime Time Crime Panel.

Mr. Dunn may be reached during regular business hours at 403.233.0443 or reach out to us using our contact form.