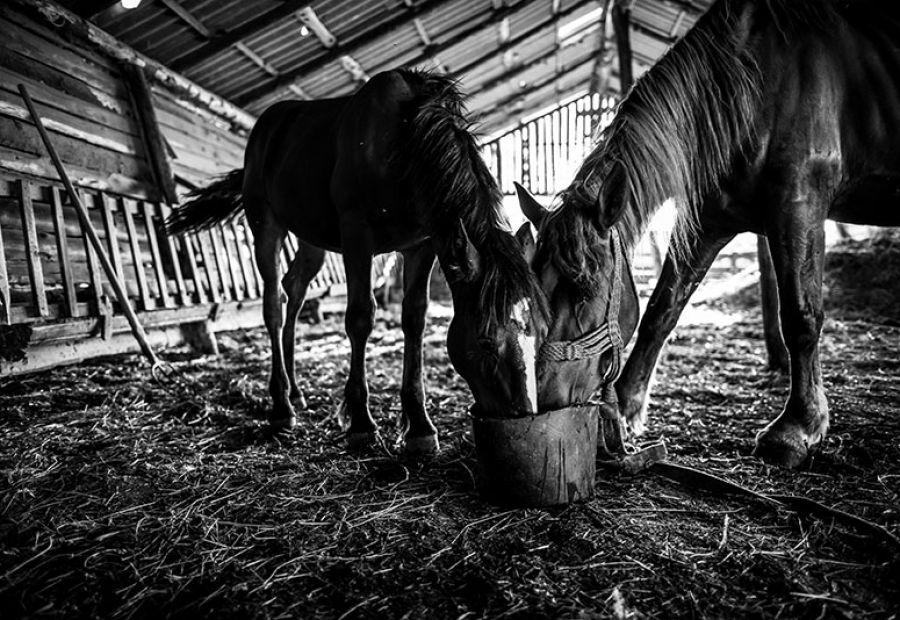 “In these cases, there are two ways that the authorities can proceed,” says Dunn, principal of Dunn & Associates. “One of them is under the Criminal Code, which is federal, and the other is under provincial legislation called the Animal Protection Act (APA).”

He refers to a Horse Canada report concerning a woman who has been charged by the Alberta Society for the Prevention of Cruelty to Animals (Alberta SPCA), and the RCMP with cruelty involving 65 horses.

“Essentially the Criminal Code protects animals that are either in distress or have been abandoned or wilfully injured by an individual,” Dunn says. “However, under the Criminal Code, the police have limited powers to enter a premises without a warrant, as well as to assist the creature that’s in distress.”

He describes the provincial APA as regulatory or quasi-criminal in nature.

“The burden of proof is on a negligence rather than a criminal standard, and the APA gives officers a bit more latitude in terms of enforcement and handling the livestock,” Dunn says.

“For example, under the APA, an officer can enter a premises on reasonable and probable grounds, have the animal seized and transported to a livestock facility. If it is in significant distress, they can destroy it. They can also sell it to another party and use those proceeds to pay for the cost of enforcement and storage.”

He notes that penalties under the APA are limited to fines, while jail time can be imposed under the Criminal Code. However, the APA provides more civil remedies.

“This particular lady was under a prior order not to possess livestock. After a person is convicted under the APA, the Crown often asks for an order prohibiting further possession or ownership of livestock for a certain time frame. If they breach that order, they can face further legal sanctions,” Dunn says.

“If convicted of the latest charges, this woman's monetary penalty could be quite significant. It could go up to $20,000 per count. That will have to play out in court. In her case, part of the difficulty is that she has allegedly been down this road before.”

There are "due diligence" defences to charges of cruelty, Dunn says.

“For example, the defence may say that the defendant took the appropriate measures to feed the horses, and whatever happened was not reasonably foreseeable. In addition to that, there may be a dispute as to their condition.”

Dunn explains that the legal landscape in Alberta is quite different than in Ontario where the provincial Society for the Prevention of Cruelty to Animals (OSPCA) recently announced it would no longer enforce cruelty laws, something it had done since 1919.

In making its decision, the OSPCA cited constitutional and practical problems that made the responsibilities of its officers under-resourced and dangerous.

He refers to a decision (Canlii source) by Ontario Superior Court Justice Timothy Minnema who ruled that it was unconstitutional to grant police powers to a private organization without imposing reasonable standards of transparency and accountability.

“The court said you can’t privatize law enforcement,” Dunn says. “In Ontario, I think it had more to do with problems in urban areas where these officers would come into people’s homes and the local police didn’t want anything to do with executing the laws. In Alberta, it is probably addressed more in a rural environment. The RCMP will often accompany the SPCA because people react differently to an SPCA officer than a Mountie.”

“You’ll see cases of negligence dealt with under the provincial Act where the standard of proof is lower, and it’s more user-friendly for enforcement agencies. In circumstances where it’s more aggravated, the police can revert to the Criminal Code for prosecution.”