‘Assault weapons’ prohibition is a stain on democracy 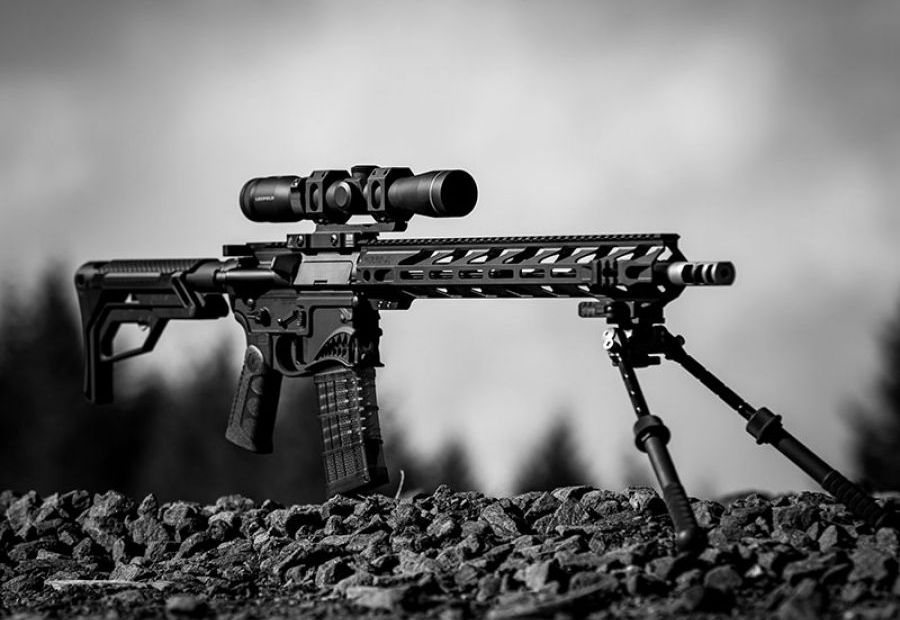 The federal government’s misguided ban on “assault weapons” not only fails to tackle the real root of gun violence in Canada but it represents wedge politics at its absolute worst. Let’s start with the political maneuvering.

When a man in Nova Scotia killed 22 people during a 13-hour crime spree in April, Canadians were understandably shocked. As more details emerge about the sordid killings – including the fact the RCMP was warned in advance that the man was storing illegal guns and replica police equipment on his property but did nothing about it – there are strong indications that police mismanagement was a major factor in this tragedy.

But in a classic Liberal knee-jerk reaction a few weeks after the attack, Prime Minister Justice Trudeau announced an Order in Council stating that more than 1,500 “military-grade assault weapons” in Canada can no longer be used, bought, sold, transported or imported. It is estimated the rules will cover about 100,000 firearms across the country, with their owners given a two-year amnesty period to dispose of the weapons or sell them to under a buy-back scheme.

This will do nothing to battle gun crime in Canada. The Nova Scotia shooter illegally obtained his weaponry from the United States and none were registered with authorities. If the Liberal’s poorly defined ban on “assault weapons” had been in place before that fateful day, it would not have prevented Canada’s largest mass murder.

I’m sure MPs from rural areas would have been happy to point that out to our prime minister, but they did not get that chance. Their voices were not heard since this legislation was foisted on Canadians as a decree from Trudeau’s cabinet instead of being debated in the House of Commons as it should have. There was no consultation whatsoever with those most affected, including law-abiding citizens who enjoy using these weapons safely on gun ranges across Canada.

Like all other Canadians, firearm owners have a legal right to their property. It is enshrined in the Canadian Bill of Rights as well as sec. 7 of the Canadian Charter of Rights and Freedoms, which includes the line, “Everyone has the right to life, liberty and security of the person and the right not to be deprived thereof except in accordance with the principles of fundamental justice.”

Canada already has very strict rules about purchasing, transporting and storing firearms, and gun owners faithfully abide by them. But in early May, cabinet members arbitrarily decided that citizens can no longer be trusted with certain weapons and those who own them must give them up or face fines and possible prosecution.

It is no wonder there are six court challenges to this unjustified intrusion into the life and liberties of responsible gun-owning Canadians.

Just what is an assault weapon?

It seems the Liberals consider any semi-automatic firearm with an ammunition magazine to be an “assault weapon.” But there is already a strict limit — five rounds — on the maximum size of the magazines that can be used with these firearms.

The police have yet to disclose what firearms the man in Nova Scotia used in the shooting spree, but regardless, why lash out and arbitrarily ban more than 1,500 “assault-style” weapons? Keep in mind that the term has no legal definition in Canada. The Firearms Act also does not currently classify firearms as "military-style" – some bureaucrat will be tasked to define that in the new regulations.

The ban prohibits ownership of AR-15 rifles, the civilian version of the Colt M-16 used during much of the Vietnam War by the United States. In more modern times, AR-15s have been used in mass school shootings south of the border in places such as Sandy Hook, Conn., and Parkland, Fla.

But on this side of the 49th parallel, an AR-15 has never been used in mass shootings, despite there being more than 75,000 such rifles registered in Canada and AR-15 rifles are already classified as restricted weapons, meaning that potential purchasers have to pass a higher threshold to acquire them.

According to a report from the Canadian Sporting Arms and Ammunition Association, 1.4 million Canadians take part in sports shooting, and consumer spending related to the industry was $2.6 billion in 2018. Sport shooting provided 14,000 jobs that year, while hunting and sport shooting accounted for 48,000 full-time equivalent jobs in Canada, resulting in $6.4 billion in labour income.

A ban on “assault rifles” will severely hurt this sector of the economy, not to mention the $200-million to $300-million in firearms inventory that can’t be sold. Firearms businesses that have been following the rules are now out millions of dollars and some are insolvent, all because of a callous political maneuver by our prime minister and cabinet members.

The real gun issue in Canada

To get an accurate picture of gun crime in Canada, Trudeau and his team should have taken time to look at their own statistics. According to a  2019 Senate report, “firearm-related violent crimes is a small proportion of all violent crime in Canada – 3% in 2017.”

Other interesting facts in this report are that “about one-quarter of all homicides were gang-related” and “more than two-thirds of firearm-related violent crime in urban areas involve handguns.”

Those are the real issues. If the government is serious about tackling gun crime in Canada, they should focus on the unlicensed handguns owned by gang members, most of which are smuggled across the border. After all, when a gang member in an urban centre wants to take out a rival, he doesn’t reach for a AR-15, but instead a handgun that he can carry in his pocket.

The ban’s focus on supposed “assault weapons” is truly a red herring and will not make Canada any safer. Our current firearm legislation is quite effective, striking a balance between public safety and the rights of Canadians to own and use these firearms.

Our government should not rely on an Order of Council to upend our current gun laws. That is not how due process works in Canada. If the majority of elected Members of Parliament decide these firearms are too dangerous for civilian use, then that decision will have the support of Canadians. But to have the prime minister and his cabinet unilaterally decide to strip some Canadians of their property is an outrage no one should tolerate.

By playing on the fears of those who do not understand firearms, this action will increase the division between urban and rural Canadians, and eastern and western Canadians. I can only hope the court challenges (one of which we are conducting), opposing this ban are successful, as banning so-called “assault weapons” is politics at its absolute worst.