Don’t talk yourself into a criminal conviction 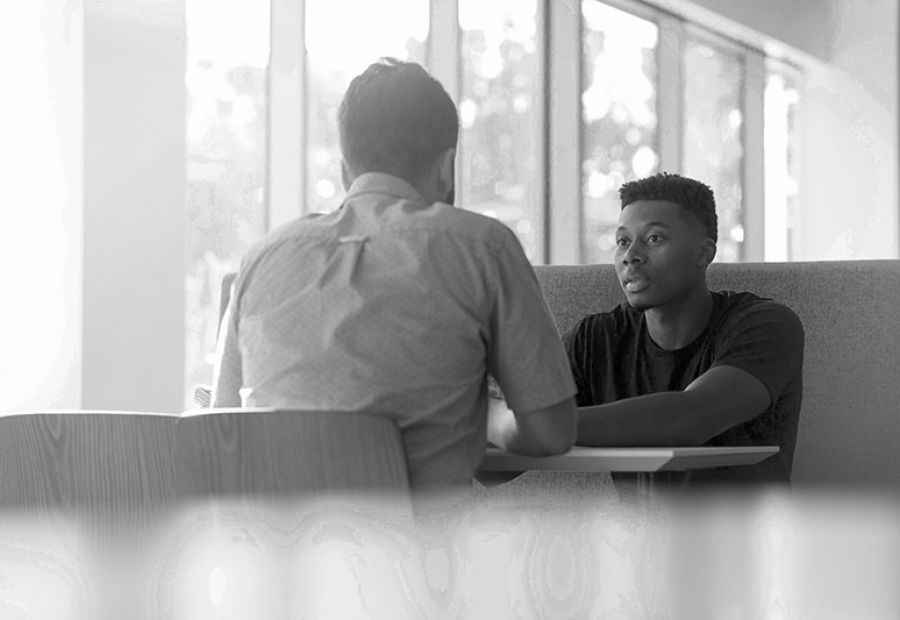 Police are on the phone and they want to speak with you. They are polite. They tell you they are following up on some information and just need to ask a few questions. Your natural inclination may be to talk to the officer in an effort to clear your name. However, without realizing it you are doing yourself a great injustice because as the cliché goes, “anything you say can and will be held against you in a court of law.”

Whether you are innocent or guilty, answering police questions without first talking to a lawyer is a mistake many people make. Up to eight in 10 people I counsel have volunteered to talk without first getting legal advice. For some, the lapse in judgment has been a painful lesson.

The desire to set the record straight is an overwhelming and natural proclivity. Yet it is the wrong inclination. There are few, if any, circumstances where you are ever going to be able to talk your way out of being charged. Unless police say they are planning to arrest you, then you are well within your rights to hang up the phone. Silence is a weapon that cannot be understated.

According to the Angus Reid Institute, contact with police is more common than many might suspect, with two-thirds of Canadians experiencing some sort of interaction. In an October 2020 study, the research foundation found that “the majority of Canadian adults had at least one ‘direct interaction’ with a police officer in the last five years, described as ‘anything from a traffic stop, to speeding ticket, to reporting a break-in or disturbance, or an arrest.’”

Statistics Canada reports that there were more than 2.2 million police-reported Criminal Code incidents (excluding traffic) in 2019.

While contact with police is not unusual, the chances of the average person facing arrest is low, which is why many are unprepared when an investigator calls. Again, unless you told you are being charged with an offence you do not have to say a word. Remaining silent is a right protected by the Charter of Rights and Freedoms.

Police officers are generally entitled to stop you under three circumstances: if you are driving, if they witness you committing a crime or if they suspect you have committed a crime.

When you are questioned by the police you only have to give them your name. You should never lie to an investigator, of course, because that could lead to an obstruction charge, which is serious.

There are instances that will require you to provide information to a police officer such as if you are the driver or registered owner of a motor vehicle that has been involved in a collision. In those cases, the driver is required by law to complete a collision statement.

Police have the right to briefly detain you without charging you if they reasonably suspect you are involved in a crime. You are under no obligation to answer the investigator’s questions. Remain silent.

If you have been charged with a crime you are entitled to speak with a lawyer, a right that police must inform you of as soon as possible. In the majority of cases, police will suggest legal aid. Far too many accused choose this option. It is free and people like free. But a legal aid lawyer is going to spend as little time as humanly possible with an accused because they have multiple other clients to counsel.

Our initial consultation is also free. We don’t start charging a client until they open a file with us. We are experienced criminal defence lawyers who can give you the time and attention you require to start building your case.

It is inevitable and unfortunate that even after an accused has been told by a lawyer to remain silent that many end up providing information to police that ends up in their conviction. People love to talk. Even though they may think they are not revealing anything damaging, the smallest detail can be used to build a case against them.

It’s also important to remember the police are highly trained interrogators. As one report sets out, getting a confession is an exercise in “psychological manipulation.”

“No two interrogations are alike, but most exploit certain weaknesses in human nature. These weaknesses typically rely on the stress that results when people experience contrasting extremes, like dominance and submission, control and dependence, and the maximization and minimization of consequences,” according to the report. “Even the most hardened criminal can end up confessing if the interrogator can find the right combination of circumstances and techniques based on the suspect's personality and experiences.”

Police will pretend to be your friend. They can be very persuasive and many people just aren't sophisticated enough to figure that out and start talking.

There is also a danger of confessing to something you did not do, which can make building a defence a daunting task.

The Innocence Project reports researchers who study false confession found the following factors contribute to or cause this phenomenon:

Even if you declare your intention to remain silent it is important to stay silent. Police can be persistent as illustrated in Jagrup Singh v. Her Majesty the Queen, a Supreme Court of Canada case dealing with Charter rights.

Court heard Singh was interrogated by the Royal Canadian Mounted Police in connection with a 2002 shooting that claimed the life of an innocent bystander.

During a 70-minute interrogation, the man asserted his right to silence 21 times, the court heard. However, the police officer “was able to deflect Mr. Singh’s assertion and to eventually engage him in at least limited conversation,” about the incident, the judgment states.

Singh was convicted of murder but appealed, arguing his rights under s. 7 of the Charter were violated. The Supreme Court eventually ruled that the right to silence is not an absolute rule requiring police to stop questioning a suspect.

Maintaining your silence should not be confined to the police either. Limit any talk about your case outside your lawyer’s office.

After you have been charged you should start thinking about your release. Do not run your own bail hearing. Talk to duty counsel and find out if the Crown is opposed to your release. If they are you need to start reaching out to friends and family members to retain a lawyer. If you are detained, you could be spending the next several months in jail until your matter is resolved.

Once you have been released, contact your lawyer and review what has happened. Talk about the next steps. It is still a free consultation until you open a file.

It is essential not to talk yourself into a conviction. A serious matter such as sexual assault can stain your reputation and have lasting repercussions even if you are found not guilty.

Demanding your right to silence is not an admission of guilt. That's not the way the law works.