Don’t Use COVID As an Excuse to Limit Jury Pools 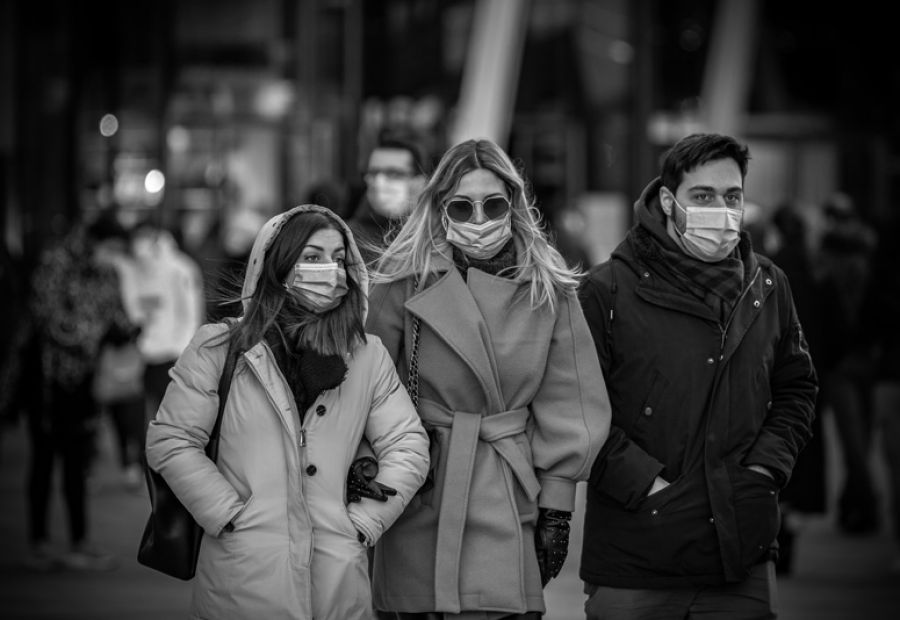 Juries should always be randomly drawn from the broadest pool of candidates as possible, which is why a recent decision by a justice with the Court of Queen’s Bench of Alberta troubles me.

In late September, Justice Nicholas E. Devlin dismissed all unvaccinated potential jurors in an upcoming Calgary sexual assault trial, along with those who refused to state their vaccine status.

"This trial is taking place in what is colloquially known as the fourth wave of the COVID-19 pandemic," Devlin's judgment states. “Based on our current state of scientific knowledge, unvaccinated jurors stand at a significantly elevated risk of contracting, developing, and spreading COVID 19.”

He adds: “Factually, I am satisfied that vaccination is a safe and highly effective means of preventing the spread of the coronavirus, the development of COVID 19 infections, and severe illness in those who do become infected. The scientific consensus on this fact is notorious and beyond reasonable dispute. I take judicial notice of it.”

Alberta judge made the wrong call

With all due respect, Justice Devlin made the wrong call. Keep in mind that “judicial notice” is a rule in law that allows a fact to be introduced into evidence if the truth of that fact is so well known, or so authoritatively attested, that it cannot be doubted by reasonable people.

When it comes to COVID-19 vaccines, the medical evidence has not reached that point. Arguably, the preponderance of evidence shows they are effective at preventing the spread of the virus, but there are still some medical professionals who question their safety or at what stage they lose their efficacy. In short, the science relating to the virus is still being assembled and tested, so this is not an appropriate subject matter for a judge to take “judicial notice” of.

More importantly, by excluding the unvaccinated or those who choose not to disclose their status, Justice Devlin is limiting the jury pool. Any time someone plays with the factors that could affect the impartiality and the random sampling of jury members, they are treading on dangerous ground.

Quebec judge made the right one

Just ask Justice Mario Longpré. In his Quebec Superior courtroom, he recently ruled that jurors don’t need to be fully vaccinated against COVID-19 to participate in a Montreal fraud trial. According to a news report, Justice Longpré said asking prospective jurors about their vaccine status may violate privacy rights protected by the province’s human rights charter as well as Quebec’s Civil Code.

He noted that the automatic exclusion of unvaccinated jurors could create problems for representativeness from the outset of the selection process and create issues for things like impartiality.

Justice Longpré also wrote that jury trials have taken place without major issues or delays during the pandemic and that potential jurors with concerns about the vaccination status of their peers could ask to be released from jury duty.

“The principle of selection of juries in Canada is based on the fundamental principle of respect for the privacy of candidate jurors,” Justice Longpré wrote.

Vaccination is not just a health issue

The health of jurors and other members of the court should always be a priority, but so should the desire to have an impartial jury pool from which to select those who will sit in judgment. If a judge excludes people based on their vaccination status, that exclusion goes beyond public health risks. And that is because vaccination status has become a polarizing political issue as well as a health issue – across Canada and beyond.

Generally speaking, the unvaccinated hold different political views than the mainstream. For example, they tend to be a little bit more anti-authoritarian and less accepting of the conventional wisdom expressed by figures of authority or politicians.

If we exclude these individuals from the jury pool, that may change the trajectory of a jury’s deliberations down the road. Let me give an example.

Let’s say someone has been charged with assault in a case where death or grievous bodily injury occurred and they claim they were acting in self-defence. Unvaccinated jurors may tend to err on the side of individual accountability and believe that people should have the right to defend themselves in that situation. Vaccinated jurors, on the other hand, may be more inclined to believe that someone facing attack should not try to defend themselves but instead rely on the authorities for protection.

Although there's no empirical evidence showing that excluding unvaccinated individuals would result in a different jury composition – and a different verdict at trial – as a defence lawyer, I am wary.

‘Sophistication’ is not the issue

I am also disappointed to read comments from other lawyers disparaging Canadians who have chosen – for whatever reason – not to get vaccinated.

According to a news report, a judge in Ontario said he was going to ask all potential jurors about their vaccination status and dismiss the ones who have not had two shots.

The lawyer for the accused applauded the decision. According to the article, this attorney “wants intelligent people on the jury [who] understand complicated notions like the presumption of innocence, concepts like proof beyond a reasonable doubt … in my own [opinion] the great majority of people who are not getting their double vaccination do not trust science ... I think [they] lack a considerable amount of sophistication, and also lack a certain amount of social responsibility to other members of the community. So they're not the kind of jurors I would want on my jury anyway.”

Name-calling does not help

I find those comments unfortunate and misguided, especially coming from a defence lawyer. Dunn & Associates is not part of the anti-vax movement, but we acknowledge that some very educated medical professionals still have questions about the effectiveness of the vaccine. They have done far more research into this issue than this attorney. Calling those people uneducated or unintelligent doesn't support his view or help in resolving this issue.

As Justice Longpré noted, Quebec jury law only allows those with mental incapacity or impairment to be exempted from duty. That exemption will not be granted for physical incapacity, “even if it were to be concluded that the fact of not being adequately vaccinated constitutes such an incapacity.”

Let’s agree that the science being used in the fight against COVID-19 is still evolving. Though promising, the scientific consensus is not there to allow any judge to “take judicial notice of it,” as Justice Devlin did. Since disputed science is the foundation for any decision to bar unvaccinated jurors, these rulings are problematic and definitely warrant further consideration, perhaps by provincial courts of appeal.