Police Not Allowed to Use Excessive Force When Making an Arrest 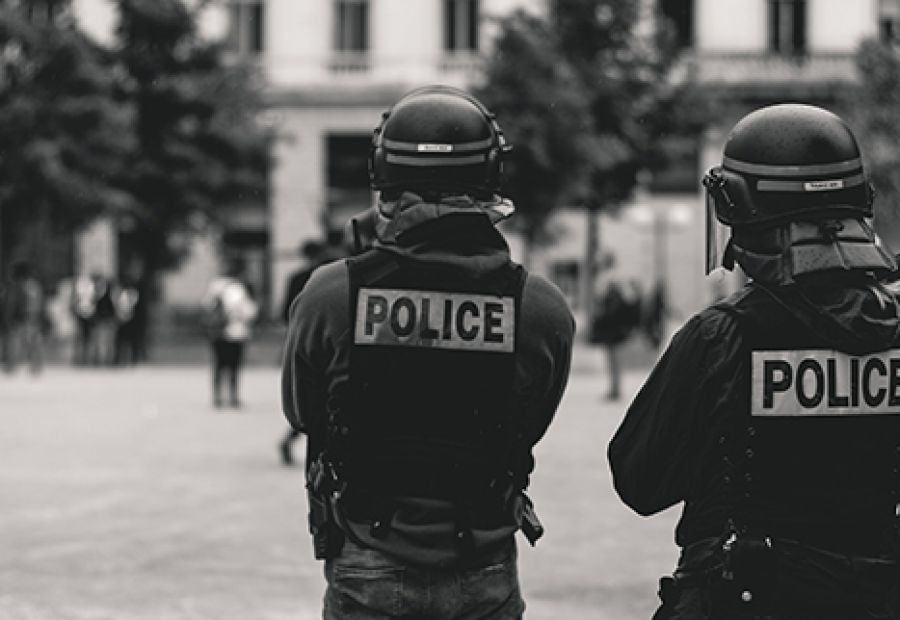 If police used excessive force against you during an arrest or in some other interaction, be sure to seek legal counsel. We can help you gather the evidence to ensure that your right to life, liberty and security of person, as guaranteed by s. 7 of the Canadian Charter of Rights and Freedoms, has not been violated.

In addition, an experienced criminal defence lawyer can help you secure a remedy from the court, such as a reduction in a sentence or to even have the charges dismissed.

Let’s be clear: most Calgary Police Service (CPS) officers conduct themselves with integrity and professionalism when dealing with the public. But there have been cases where too much force was used, putting this issue clearly on the courts’ radar.

Police can use ‘as much force as is necessary’

Section 25 of the Charter states that if a police officer is acting “on reasonable grounds” then they are “justified in doing what he is required or authorized to do and in using as much force as is necessary for that purpose.”

For example, if a suspect is being combative and uncooperative during an arrest, or posing a physical threat to officers or others in the area, police are allowed to forcefully take that person down to the ground to be handcuffed. But they are not allowed to continue to punch or kick that suspect once he has been restrained, or to put a knee to his neck, as we saw with George Floyd south of the border.

If officers use too much force in an arrest or repeatedly Taser a suspect who is already subdued, the court has a number of available options to remedy the excessive use of force. They are as follows:

Every case will turn on their own set of facts. Do not assume that it simply the police officer’s word versus your own. If you believe that you were unnecessarily assaulted by a police officer, please advise your legal counsel immediately and we may be able to obtain further evidence to assist you in protecting your rights.

Modern technology is on your side

Almost everyone today carries a smartphone, which explains why video footage shot on these handheld devices appears as evidence in numerous trials. In urban centres, there is a good chance that any interaction with the police has being captured on stationary CCTV (closed-circuit television) cameras, commonly seen outside retail centres or in busy pedestrian areas.

According to Alberta’s Freedom of Information and Protection of Privacy Act, these cameras “can be an effective technique to protect public safety and detect or deter criminal activity [and] are increasingly being installed inside and outside of public buildings (in elevators, hallways, entrances, etc.), on streets, highways, in parks and public transportation vehicles.”

A Calgary Herald article states that more than 1,000 CCTV cameras are networked into Calgary’s Integrated Security Centre, with many others being planned. That number does not include the thousands of cameras along the city’s LRT line, or those used to monitor traffic across the city.

“We’re already in a surveillance society, and there ain’t no going back on that,” a university professor told the Herald.

If you feel police used too much force in your arrest, a lawyer can file an application to obtain CCTV footage of the event. In the past, a police officer’s testimony often carried more weight than someone accusing them of abuse. Now that video cameras are often capturing the interaction, courts can rely on them for an unbiased view of what really happened.

The CPS was the first major police force in Canada to equip front-line officers with body-worn cameras. According to a Calgary Herald article, both police and the public welcome this type of surveillance since it boosts transparency and accountability.

“If a picture’s worth a thousand words, a video is an entire encyclopedia,” says a police spokesman.

The value of video footage is shown in the 2008 arrest of Jason Arkinstall, a Hells Angel member in Calgary. According to the Arkinstall Inquiry Report released by the Alberta Law Enforcement Review Board (ALERB), the video shows an officer dragging a man out of a truck before throwing him “like a rag-doll, face first, on to the hood. The officer then struck the man with a baton twice on the back of his neck.”

After being handed to a second officer, the suspect is propelled “headfirst on to his stomach into the back of the [police] van. The accused was thrown with such force that when he landed his legs lifted into the air almost touching the roof of the van. In an obvious burst of anger, and before the accused had a chance to get his legs and feet inside the van, [the officer] forcefully slammed the inside cage door and outside van doors on his legs and feet.”

Charges of assault and perjury against the officers were dropped at trial, with the suspect also acquitted of uttering threats as well as charges of obstruction and assault. Ten years later, the ALERB report found the man’s arrest and subsequent investigations displayed “significant shortcomings.”

“A proper investigation may or may not have resulted in disciplinary proceedings for any police officers, but we conclude without hesitation that CPS’ failure to properly and fully investigate the Arkinstall matter fell far short of what the public has every right to expect in such a case,” the report reads.

The CPS agreed, stating: “We clearly fell short of the public’s expectations of us with how we investigated and addressed our members’ conduct in this case.”

Cameras in police stations are also useful when police brutality inside the building is alleged. An example of that is a 2017 incident in a Calgary police station where an officer appears to throw a female suspect to the floor face-first.

According to a CBC story, the woman was arrested for breaching her court-imposed curfew after she gave the officer a fake name when the car she'd been travelling in was pulled over. In the station, she is shown pulling away from the officer as he tries to remove a scarf from her head to take a photo.

In his testimony, the officer claimed that he feared she had slipped out of her handcuffs so he had to do a "dynamic takedown" to regain control.

The assault trial for the officer in this incident is ongoing.

While all on-duty CPS officers wear body cams the RCMP has been slower to embrace this technology. According to a CBC article, that changed in 2020 after a “global wave of mass protests against police brutality.”

"It is critically important for Canadians to feel protected by the police and [the Commisioner] is committed to take whatever steps are required to enhance trust between the RCMP and the communities we serve,” a RCMP spokesman is quoted as saying, as he announced that the Mounties will implement a program to introduce body cams for some officers.

That is great news, for both the public and Canada’s national police force. No one is above the law, especially those people sworn to uphold it.

If your case is going to trial and you feel the police overstepped their boundaries when arresting you, video evidence can be a valuable tool in your defence. They do have shortcomings, as a video may not show what transpired before the camera started to roll. Sometimes the audio is lacking so viewers cannot hear what is happening, but even a visual recording by itself could be able to show if an officer acted unreasonably during an arrest.

There are cases when a video-recording can be used against a defendant, especially if the person is physically aggressive or drunk. Officers may then be left with little choice but to use some force in the arrest. But if you are sober and polite and the police still respond with unjustified force, the video from their body cams will be your best ally in court, even if their notes about the incident claim you acted otherwise.

Every police department has rules about how long they have to keep surveillance tapes, preventing them from taping over footage that could be used as evidence in upcoming trials.

If you have had a negative encounter with the police and feel your Charter rights have been infringed, it is to your advantage to have experienced, knowledgeable counsel working in your defence. We can provide a free consultation and guide you through the legal process. Call us at 403-233-0443.