Social unrest and the call to defund the police 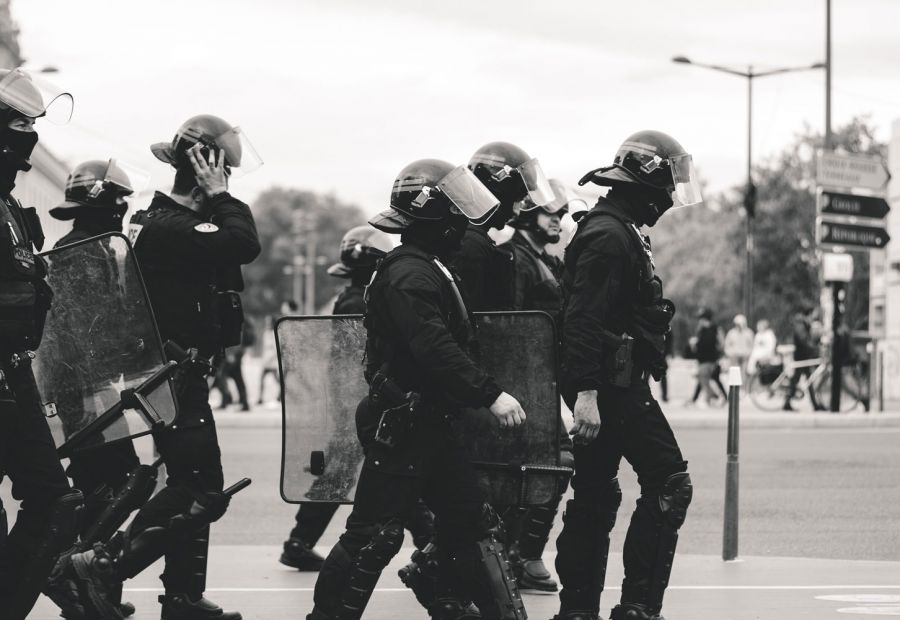 Police are necessary; so is Police Act reform

The need to reform Alberta’s Police Act must not be lost in the call to defund police.

As a criminal defence lawyer, I believe it is important for police to be held accountable for their actions. To some extent, the courts are able to do that but certainly, there can be a more fulsome and effective manner to deal with police outside of the court.

However, defunding is not the solution. While it is prudent to invest in resources to address the root causes of crime but there must always be a structure in place that can actually react to crime and that, ultimately, is the police.

Police are necessary. There is always going to be crime. We may strive our utmost to reduce the factors that create criminal activity, but we will never be able to eliminate it. As long as we have laws there are going to be people who break them. There must be police.

Social unrest and the call to defund

Much of the social unrest we have experienced has to do with what people view as improper police conduct. Certainly, we have been witness to some shocking and abhorrent behaviour. There are those police officers who do not comprehend the scope of their authority and the few who refuse to abide by the limits that define their duty. Yet we should also remember that the majority who serve are responsible, well-intentioned police officers, those who endeavour to conduct themselves in a professional manner.

Thousands rallied across Canada this summer demanding change in our law enforcement model. One protester made a valid point about the expectations of police officers while supporting defunding, telling CBC that “there's so much that's on them.”

“They have so many roles and things they aren't specialized in that they are expected to do. That money could be much better spent in training other people to do a lot of the things that they are doing," she said.

Education and training for police officers will ensure they realize and appreciate the scope of their authority and how to responsibly fulfill their duties. As defence lawyers, we sometimes see officers who are not cognizant of those limits and who do not always realize how far they are allowed to go in terms of investigating crime. Their conduct might not necessarily be a deliberate act to violate someone’s rights as much as it is ignorance, which is why better training is the key.

We need to train the best people and put them in the right situations. That can mean better preparing police to handle mental health situations. Social workers can play an essential role in law enforcement, but they should only be used to complement police, not replace them.

In a report by iPolitics, RCMP Commissioner Brenda Lucki said she agreed with calls to better fund mental health support systems. However, she said taking resources from frontline police officers is not the answer.

“I have said at three o’clock in the morning when somebody’s wielding a knife, and they’re suffering from a mental health crisis, that is not the time to bring in mental health practitioners,” Lucki told a committee of MPs, according to the report. “It’s time for the RCMP to go in, get that person calm, get them to a place of safety and get them the help they need.”

The call to defund the police is not unique to Canada, bringing with it strong opinions on both sides. An Ipsos poll conducted on behalf of Global News found “there is no consensus on the issue, and Canadians are significantly divided along generational lines. While a majority of Gen Z (77%) and Millennials (63%) are supportive of reallocating police budgets, a minority of Gen X (47%) and Boomers (39%) are similarly supportive.”

The issue has made headlines in the past few months with municipal leaders facing pushback from the provincial government. According to Global News, Edmonton city council voted in July to cut its police budget by $11 million over two years and redirect the money to community resources while Calgary’s mayor has expressed support for re-examining that city’s police budget to see more resources put into mental health response.

In a letter to both mayors, Alberta’s Justice Minister Kaycee Madu warned against giving in to demands to defund the police, according to a National Post report.

“Alberta’s government will closely monitor how municipalities are managing their police budgets as well as responding to calls to ‘defund the police,’” his letter stated.

The Post reported that Madu went on to say “an adequately funded police service is essential to ensure that all citizens are able to live safe and secure lives in our communities.

“This is particularly true of racialized members of our communities, including Indigenous Albertans, who are often overrepresented as victims of crime.”

Police reform idea is not new

The Police Act was passed in 1988 and despite some tweaks, is in need of an update. The justice minister began the reform process this past summer, vowing to ensure the “work is expedited and completed, to address some of the concerns that I have heard from various communities.”

It’s not the first time a provincial government has attempted to reform the Act. As recently as 2018, the former NDP government began consultations to lay the groundwork for a full review of the legislation.

There is a recognized need for reform. Certainly, defence lawyers want it, as does the government, the Crown and the police. But things always take longer than the public might like. The Police Act is a piece of legislation that has to go through the legislative process.

What needs to happen

First and foremost in any reform is to overhaul the police complaints system. Complaints take a long time to go through the process and it has been argued that we’re not seeing strong enough sanctions for those officers who are found to be acting contrary to the Police Act.

There is an internal investigation team that sees police investigate themselves. Civilian oversight is needed if investigations are to be seen by the public as credible. Police will have potentially one perspective on things whereas the public or a layperson may have another, and I think it’s important all those perspectives are considered.

There needs to be a system whereby police get due process in terms of being able to defend themselves. At the same time, investigations should also move quickly enough for the public to be satisfied that if officers acted improperly, they will be dealt with expeditiously. Justice must be seen to be done. It’s certainly a concern of the public.

As well, any punishment must have some teeth if there are actual grounds for the complaint. The police commission needs some effective methods to deal with rogue officers who create a bad name for police generally.

What we need is insight from all the players including the defence attorneys, prosecutors, the police, the public and, of course, the government. As with any amendments to legislation, these things always end up taking time. However, that doesn’t mean to say we couldn’t be moving faster than we are right now.