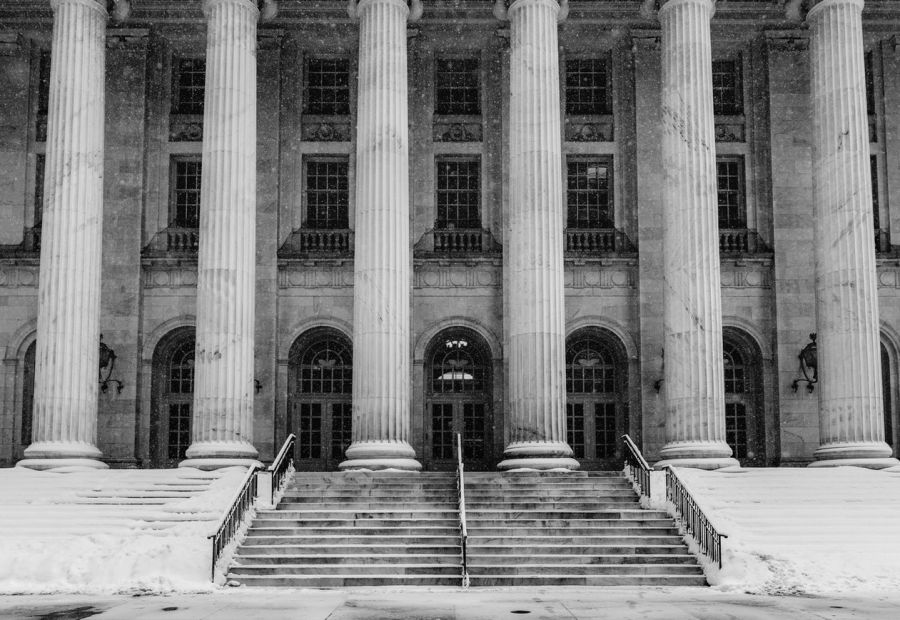 Domestic violence charges are on the rise in Alberta and North America. This is in part due to the #METOO movement and the fear of police scrutiny from the general public if they do not charge anyone and everyone with an assault after a complaint is made.

Domestic violence itself is not a Criminal Code offence, it is merely a term used to describe the nature of the assault. While the most common form of domestic violence is between spouses, it also encompasses relationships between siblings and even parents/children. If you are charged with an assault, whether it was domestic in nature or not, you will be charged with one of the following offences in the Criminal Code of Canada:

In our court system, the most commonly charged assault is simple assault, the 266 charge. Unfortunately, simple assault casts a very large net as to what actually constitutes an assault. The definition of assault in the Criminal Code is as follows:

265 (1) A person commits an assault when
(a) without the consent of another person, he applies force intentionally to that other person, directly or indirectly;
(b) he attempts or threatens, by an act or a gesture, to apply force to another person, if he has, or causes that other person to believe on reasonable grounds that he has, present ability to effect his purpose; or
(c) while openly wearing or carrying a weapon or an imitation thereof, he accosts or impedes another person or begs.

In reality, simple assault can be something so simple as a push or spit, all the way to something more severe like punches to the face, a bloody nose or bruising.

This would include the following:

If a weapon was threatened or used in the commission of an assault, you may be charged with assault with a weapon. While most people think of a weapon as a knife or a gun, in reality a weapon can be any object whatsoever including dish racks, peanut butter jars, wooden spoons, cabbage patch dolls, and motor vehicles (these are all examples of “weapons” individuals in the past have been charged with using).

267(c) of the Criminal Code was only recently legislated and is only used when there is an allegation that the complainant was choked, strangled, or suffocated.

Sexual assault also has a very broad definition, it can encompass everything from slapping someone on the buttocks to sexual intercourse. Generally speaking, sexual assault will be charged if the complainant’s private areas have been intentionally touched without their consent. This will include kissing, fondling, grabbing, or penetrating.

The Evidence Required and the Police Investigation
Corroborating evidence is NOT required to charge an individual with any form of assault. In fact, an overwhelming majority of charges are based off nothing more than a simple complaint. Actual injuries, a sworn statement, medical records or a 3rd party witness are NOT required to formally charge someone with an assault. Unfortunately, police officers often do not spend a lot of time investigating whether the assault occurred or not in 2020. When in doubt, they charge the individual and let the Crown Prosecutor and Court System sort out whether an offence actually occurred.

What if I didn’t do anything?
Unfortunately, the reality of the situation is that it is exceptionally rare for an individual to talk themselves out of being charged with a domestic related assault in 2020. When you are charged, the police will give you the option of calling a lawyer prior to making a statement about “your version of events.” We urge all individuals charged with an assault to call a lawyer regardless of what time of day it is. If you cannot get hold of a private lawyer in the phone book, you can call the toll-free legal aid number which is located at every police station and someone WILL give you legal advice, 24 hours a day, 7 days a week.

The legal advice you are likely to receive is to NOT make any statements to the police. When you are faced with assault charges that you believe you did not commit, the most common instinct is to try and talk your way out of it. Unfortunately, this tends to have a negative impact on the case against you.

When you are charged with a criminal offence, the police are not your friends. They aren’t there to “get to the bottom of this” and they are not there to help you. The ONLY reason the police want to take your statement is to help their case against you. Even if you deny committing the assault, you will still be making inculpatory admissions to the police of being present when the alleged assault occurred and getting into an argument with your spouse.

Police are trained to trick you into talking and giving them information that will assist them in securing a conviction against you. The best advice we can give you when the police ask you to provide them with your version of events is to sit in silence and not say a word. This will be very awkward and will be very difficult. You will be wondering to yourself, “doesn’t my silence make me look guilty?” The answer is NO. In Canada we enjoy the presumption of innocence and the right to silence when faced with criminal charges. If you have been charged with a domestic related assault you are not going to convince the police officer that you shouldn’t be charged, so do not make their job easier and give them a statement as to what your version of events was.