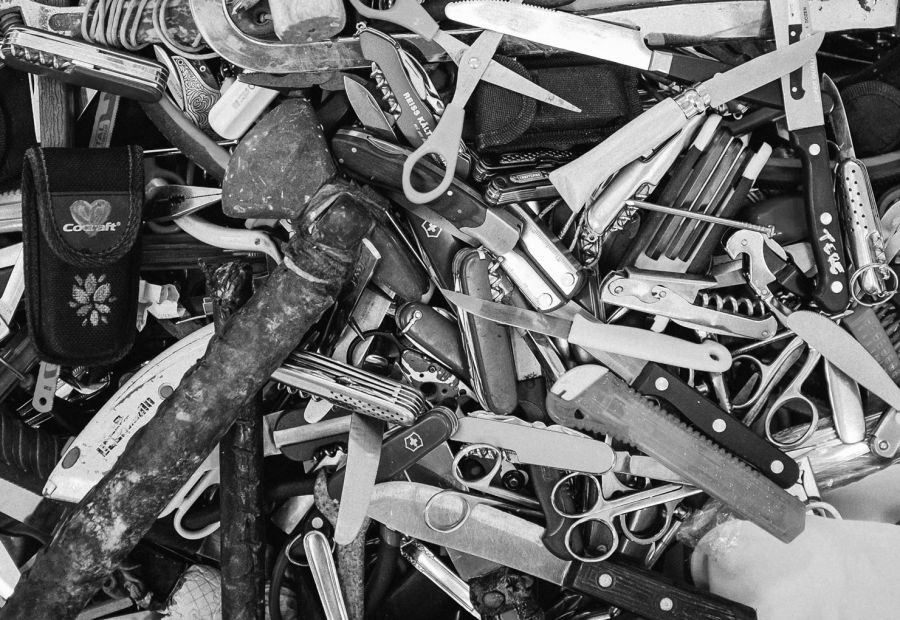 When police outside Calgary pulled over a car for a licence plate violation earlier this spring, they recovered what they said was a significant amount of drugs and an assortment of weapons. Among the weapons seized were four knives, a homemade .22-calibre firearm and a .22-calibre bullet and a BB gun. Two people face charges including possession of a weapon for a dangerous purpose along with drug possession.

When people think of weapons, guns or knives often come to mind. But anything that can inflict harm can be considered a weapon, including a frying pan, a flower pot or a baseball bat. Recently, an Ontario man was charged with assault with a weapon after throwing hot coffee at someone.

According to Statistics Canada, police-reported violent crime in 2019 continued to account for about one-fifth, or 22 per cent, of all police-reported Criminal Code of Canada offences excluding traffic violations. While the use of weapons was not documented, it is an issue of concern among the public and law enforcement officials. If you have been charged with a weapons offence you could face fines, jail time and a criminal record.

The Criminal Code defines a weapon as anything intended to threaten someone, or to cause death or injury to a person. Under the law, there are a number of weapons charges you could face. Aside from firearms offences they include:

Possession of a weapon for a dangerous purpose s. 88(1) Under this charge if you carry or commit an offence while in the possession of a weapon that would endanger the public, you could face a prison term of up to 10 years. The Code also states you cannot carry or possess an imitation weapon, a prohibited device or ammunition for the purpose of committing an offence that would be dangerous to the public peace.

Carrying weapon while attending a public meeting s. 89(1) As the charge indicates, if you attend a public meeting while carrying a weapon, prohibited device or any ammunition without a lawful excuse you will face charges that come with a maximum jail term of 18 months.

Carrying a concealed weapon s. 90(2) If you conceal a weapon, a prohibited device or any prohibited ammunition unless you are authorized under the Firearms Act you could face a prison term of up to five years.

Assault with a weapon s. 267 This is a serious offence resulting in a prison term of up to 10 years if you carry, use or threaten to use a weapon or an imitation while assaulting someone.

Sexual assault with a weapon s. 272(1) If you commit a sexual assault while carrying a real or imitation weapon you could be convicted of an indictable offence and be imprisoned for up to 14 years.

What are Restricted Weapons?

Recently, Alberta’s bid to allow people to carry pepper spray for self defence was rejected by the federal government. In a statement, the government reasoned: “We have to be mindful that all weapons that are prohibited have been prohibited for a reason, as they are extremely dangerous when they fall into the wrong hands.”

What are Your Defences?

A thorough examination of the evidence in your case by our firm will determine whether it is possible to get the charge dismissed or the penalty reduced. First and foremost, the Crown must establish the case against you beyond a reasonable doubt. Were you indeed aware you were in possession of the weapons alleged? Were your rights under the Canadian Charter of Rights and Freedoms violated? Section 8 of the Charter states “Everyone has the right to be secure against unreasonable search or seizure.”

You always have a right to remain silent and contact legal counsel when facing a criminal investigation. Be polite and respectful but don’t say anything that can be used against you in a court of law. Dealing with the judicial system requires an experienced, knowledgeable legal advocate. Contact Greg Dunn & Associates and get our team working on your behalf. If you have any questions or would like to speak to a lawyer, call us at 403-233-0443. The initial consultation is free.